I write about energy and the environment. 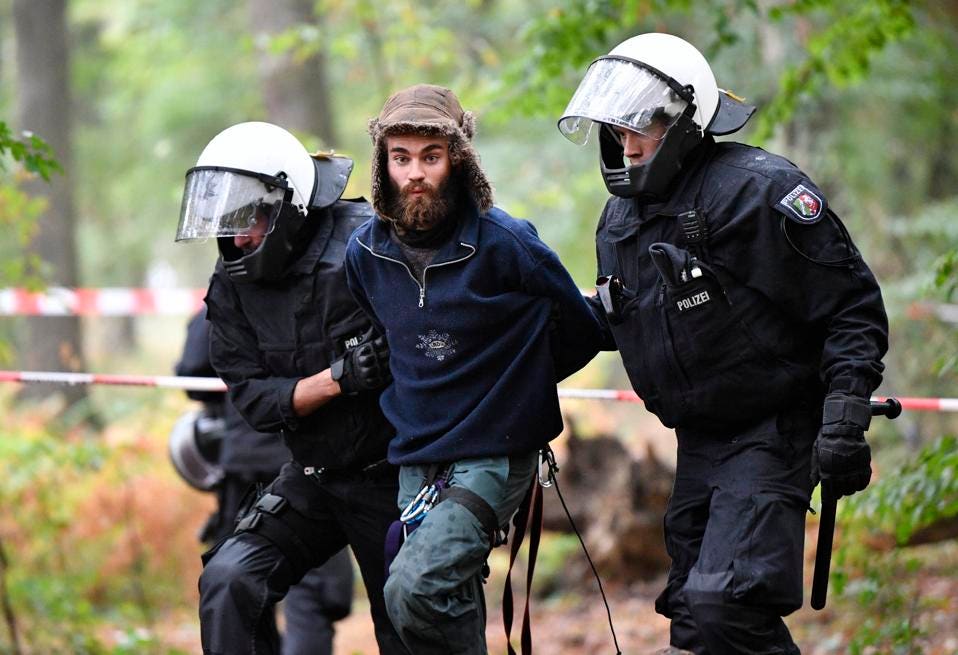 To stabilize the electricity grid and avoid becoming too dependent on imported natural gas, Germany is expanding coal mining to the Hambach forest, where environmental activists were arrested last September.

A new report by consulting giant McKinsey finds that Germany’s Energiewende, or energy transition to renewables, poses a significant threat to the nation’s economy and energy supply.

One of Germany’s largest newspapers, Die Welt, summarized the findings of the McKinsey report in a single word: “disastrous.”

“Problems are manifesting in all three dimensions of the energy industry triangle: climate protection, the security of supply and economic efficiency,” writes McKinsey.

Thanks to a slightly warmer winter, emissions in Germany went down slightly in 2018, but not enough to change the overall trend. “If emissions reductions continue at the same pace as they did over the past decade, then CO2 targets for 2020 will only be reached eight years later, and 2030 targets will not be reached until 2046.”

Germany has failed to even come close to reducing its primary energy consumption to levels it hoped. McKinsey says Germany is just 39% toward its goal for primary energy reduction.