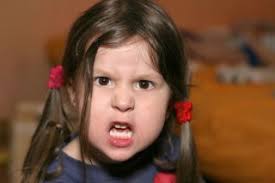 Why is it necessary for lawyers to speak gibberish? The official word for legal language is ‘legalese’, but gibberish is a more accurate description.

An elderly lady asked for my help recently. It turned out that her legal problem was a dispute with her landlord about his raising the rent, despite her understanding that the rent would not be increased until 2020. She had gone to a solicitor for a number of consultations and finally the solicitor had written her a letter, the primary paragraph of which read thus:

“In the event that you are not in agreement with respect to the amount of rent due and payable at that point in time there is a provision in the abovementioned contract which provides for the submission of the dispute to an arbitrator who shall hear and determine the dispute in accordance with the said contract.”

She did not understand what the letter meant but did not want to ask the solicitor to explain it as that would mean another consultation and another fee. I explained that what the letter said was:
‘If you do not agree on the amount of rent that your landlord demands, the contract says that the dispute must be decided at arbitration.’
I also had to explain what an arbitration was.

Why could the solicitor not use plain English?

Our statutory law is no better. My favourite is this definition from the Road Traffic Act of 1961, which says that a “pedestrian-controlled mechanically propelled vehicle” is a

One needs to read that definition carefully and often. What it seems to be saying is that electric shopping baskets are not covered by the Act, whilst motorised wheelchairs are, especially when they are used to carry passengers, except perhaps when they are motionless. If you work it out, let me know.

Another favourite of mine is Section 12 of the Domestic Violence Act of 1996:

“An appeal from a safety order or a barring order shall, if the court that made the order or the court to which the appeal is brought so determines (but not otherwise), stay the operation of the order on such terms (if any) as may be imposed by the court making the determination.”

My reading of this is that the order is only stopped by an appeal if the court says so, and not automatically. Again, let me know if you read it differently.

If a society labelling itself as a democracy claims to be governed by the rule of law as one of the principal pillars of that democracy, it stands to reason that the law should be capable of being understood and obeyed by the majority of the people governed by that law.  If, however, the law is such an unintelligible mishmash that most people have to rely on the legal profession to explain the meaning and impact of the law when it invades all aspects of their lives, are we really a democracy?

Article 40 of our Constitution orders the Government to make laws that “defend and vindicate the personal rights of the citizen”. Has this constitutional duty been fulfilled when the citizen cannot understand the laws in the first place?

Similarly, s.5 of the Interpretation Act 2005 tells us that when interpreting a provision of any Act that is “obscure or ambiguous”, the provision shall be interpreted to “reflect the plain intention” of the Oireachtas.

And which ‘plain intention’ would that be? Is this not a case of a dog chasing its own tail?

Neil van Dokkum (B. SocSc; LLB; LLM; PGC Con.Lit) Neil is a law lecturer and has been so since arriving in Ireland from South Africa in 2002. Prior to that Neil worked in a leading firm of solicitors from 1987-1992, before being admitted as an Advocate of the Supreme Court of South Africa (a barrister) in 1992. He published three books in South Africa on employment law and unfair dismissal, as well as being published in numerous national and international peer-reviewed journals. Neil currently specialises in employment law, medical negligence law, family law and child protection law. He dabbles in EU law (procurement and energy). Neil retired from practice in 2002 to take up a full-time lecturing post. He has published three books since then, “Nursing Law for Irish Students (2005); “Evidence” (2007); and “Nursing Law for Students in Ireland” (2011). His current interest is the area of disability as a politico-economic construct. Neil is very happily married to Fiona, and they have two sons, Rory and Ian.
View all posts by Neil van Dokkum →
This entry was posted in Democracy; Ireland; Fine Gael; Labour; Sinn Fein; Workers; Constitution, lobbying; democracy; political process; general election and tagged democracy; legislation; Plain English, Ireland. Bookmark the permalink.