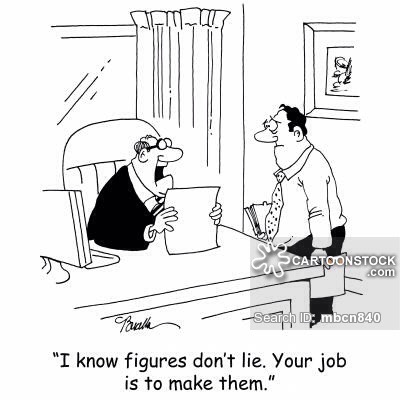 “If we are uncritical, we shall always find what we want: we shall look for, and find, confirmations; and we shall look away from, and not see, whatever might be dangerous to our pet theories.”

in this Information Age, we are being bombarded with huge amounts of information all the time. The obvious result is that we stop looking too closely – this is almost a self-defence mechanism by our brain, as it stops us from going mad at the sheer volume of STUFF.

This is also extremely dangerous, as we are reading, digesting, and passing on a lot of information that is likely to be downright dodgy, we just don’t have the time or energy to check its provenance.

It is essential that we continue to disagree, debate and question as much as possible. In doing so we must understand what it is we don’t agree with, so that we are able to clearly articulate what it is that we don’t agree with when somebody challenges us or our views. It is not enough to just say you disagree, you must be able to come up with a better alternative or explanation.

“We engage in critical thinking, or benefit from the lessons of previous critical thought, all the time without being aware of it. If we took everything at face value, we wouldn’t get very far in life: we would be deceived, bewildered, manipulated, confused. Imagine if you believed everything you were told by everyone, everything that you saw and heard and read in every advert, in every politician’s claim.”

“When we are thinking critically, we are setting out actively to understand what is going on by using reasoning, evaluating evidence and thinking carefully about the process of thinking itself.”

This blog has not been shy in voicing certain strong opinions, but that is all they are – opinions. I have always encouraged people to comment, whether for or against, and engage in spirited debate. Work pressure is preventing me from blogging as much as I used to, but I would welcome peoples’ comments and views on the energy debate, climate change, global warming, planning, and of course the law!

All I ask is that we stop uncritically accepting the massive amounts of nonsense that seem to constantly pour out of the websites of various government departments, and the plethora of sycophantic media outlets that disseminate their sh*t, forever polluting the minds of the uncritical reader.

“The trouble with having an open mind of course is that people will insist on coming along and trying to put things in it.”

Neil van Dokkum (B. SocSc; LLB; LLM; PGC Con.Lit) Neil is a law lecturer and has been so since arriving in Ireland from South Africa in 2002. Prior to that Neil worked in a leading firm of solicitors from 1987-1992, before being admitted as an Advocate of the Supreme Court of South Africa (a barrister) in 1992. He published three books in South Africa on employment law and unfair dismissal, as well as being published in numerous national and international peer-reviewed journals. Neil currently specialises in employment law, medical negligence law, family law and child protection law. He dabbles in EU law (procurement and energy). Neil retired from full-time practice in 2002 to take up a lecturing post. He has published three books since then, “Nursing Law for Irish Students (2005); “Evidence” (2007); and “Nursing Law for Students in Ireland” (2011). His current interest is the area of disability as a politico-economic construct. Neil is very happily married to Fiona, and they have two sons, Rory and Ian.
View all posts by Neil van Dokkum →
This entry was posted in Academic Research; Peer-Review Process; Medical Journals, Brexit, Cloud; iCloud; Data Centre; Data Center, EirGrid; Insurance; Law; Cancer; EMF and tagged biomass, Canada, DA, depression, EirGrid, EMF, Fianna Fáil, Fine Gael, green, green energy, Ireland, renewable energy, renewables, sleep deprivation, suicide, Tom Chatfield; #TalkCriticalThinking, vehicle, White Paper, wind, wind energy, wind farms, Wind power. Bookmark the permalink.