The Public Meeting in Rainbow Hall 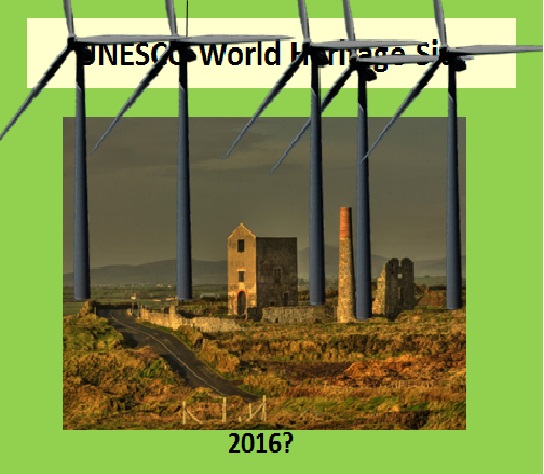 The turnout at last night’s meeting in Rainbow Hall was huge – well over five hundred people (and we have signed lists to prove that, RTE News). The meeting ended with a very resounding, and unanimous, rejection of the proposed plans of BSB Energy to build an industrial wind farm in Waterford’s World Heritage Site, the Copper Coast.

I am unused to speaking in front of such a huge crowd, so I was very nervous, and I fluffed my lines:  I forgot to introduce myself, I forgot to establish my qualifications and credentials, and I forgot to tell people that despite being a blow-in, I love my adopted country and my community with every fibre of my person. That last remark was meant to be aimed at a particular individual but it didn’t matter as he was too spineless to attend, despite being a major investor in the scheme. I noticed that he did send his lackey to take notes.

In my presentation I was deliberately talking to the investors (standing up all along the back wall) and people who were thinking of investing in BSB Energy. Anyway, just in case these people did not quite get my message, I will repeat the main points again:

A share is a device used by companies to generate funding. You hand them your money and in return you get a share certificate to the amount of your investment. As BSB are issuing shares valued at one euro each, the maths is easy: 100 euro gets you one hundred shares, ten thousand euros gets you ten thousand shares, and so on.

This is why the concept of “free shares” is a contradiction in terms. If shares are used by a company to produce income, why would a company hand out shares without getting money in return? The answer is obvious – the company never intends on paying out dividends on those shares (or it might pay out a few cents on the shares when the complaints start getting too loud – essentially paying a little money for lots of ‘good’ publicity). Unless you can sell them to some other unfortunate, those free shares are not worth the paper they’re printed on.

For those of you who have actually bought shares, the picture is not much rosier. As you have handed over money, you have now invested in the company’s fortunes. Unlike a public company on the stock exchange, where the share value might go up or down depending on the performance of the company, in a private company like BSB the share value is a constant – it keeps its ‘face value’. The only way the ordinary shareholder will make more money is where the company pays a dividend to shareholders, otherwise your investment remains static and in fact loses its value as you are not earning interest on that amount.

I am not making that up – the law is clear:

The leading Irish case on this is Ryanair v. Aer Lingus [2011] IEHC 170, where the High Court made it clear that a company cannot be forced by its shareholders to pay a dividend:

“[17] The balance sheet which goes before an annual general meeting should contain the profit and loss account, a report by the directors and the auditor’s report. Section 158 of the Companies Act 1963 requires that the directors’ report must state the amount (if any) which they recommend should be paid by way of dividend. The directors’ report for the year ended the 31st December, 2010 states:-

“The directors do not propose the payment of dividends in respect of the year ended the 31st December, 2010.”

When these words are considered in the light of s. 158 of the Act of 1963, it seems clear to me that they are a recommendation by the board to the annual general meeting that no dividends be paid in respect of that year. A dividend does not become payable unless it is declared by one of the organs of the company. While the Companies Act 1963 does not specify which organ of the company should declare a dividend, it is usual for the articles of association to provide that it is to be declared by the company in a general meeting and it is not to exceed such amount as is recommended by the directors. That is precisely what is provided for in article 111 of the articles of association. I accept the submissions of the defendant that the directors have recommended to the members that no dividend be paid and that the first of the proposed resolutions by the plaintiff seeks to circumvent article 111. This is not permissible. The company was entitled to refuse to put this resolution before the annual general meeting since it was not within the power of the members by ordinary resolution to declare a dividend which exceeded the amount recommended by the directors. In this case, the directors were recommending no dividend.”

What this means is that you might have paid a lot of money to buy a lot of shares, but if the company does not declare a dividend, your investment does not increase in value. The only way you can make a profit then is to sell your shares to some other sucker for a profit. Good luck with that – to say that the community is hostile and angry is an understatement!

The proof of the pudding is the Templederry experience. Despite being launched seventeen years ago, the community has not seen a single return on their investment. This is despite the fact that Templederry Windfarm Limited declared a profit of over half a million euro at the end of the 2015 financial year. The community (“ordinary”) shareholders of the wind farm have not received a red cent.

This was confirmed by Paul Kenny of Tipperary Energy Agency, the advisors to both the Tipperary wind farm and the proposed BSB wind farm:

“As with all windfarms, the dividends to the shareholders (in Templederry’s case, individuals and the local community co-operative), is paid after a significant portion of the loans are repaid, which has not happened yet, neither the co-operative, directors or shareholders have received any dividend, but it will commence in due course.”

There is nothing illegal in this as the company does not have to declare a dividend. But that is cold comfort to the people who were hoping for a return on their investment, or the people who have to live next to these monsters, as we heard last night.

Similarly, there is nothing illegal in the fact that the directors of the Templederry Wind Farm paid themselves a salary every year (amounting in total to 27000 euro in 2014 and 28023 euro in 2015). They are entitled to do that, but again the legality of that is cold comfort to the investor who has received nothing for seventeen years.

The next step in the process for the communities opposing the proposed BSB wind farm is their consultation on Wednesday. Please attend that session and ask all the questions about anything you need to know, and record their answers for use in your submissions to the County Council, should the need arise.

Details of these questions and other information can be found on the Mahon Valley Against Turbines Facebook page.

Just to remind people what will happen to our community if this wind farm goes ahead, I received the following from Paddy Ryan, a resident in Templederry:

“This ‘new’ idea of ‘Community Windfarms’ is a really bad one. I know people around Templederry who wanted to ‘invest’ in this but were kept out of the loop because some locals wanted it all for themselves, he’s really glad now as the local people are up in arms with those who fought to get these into the area. There’s no longer the community of neighbours left and children are being sent to ‘other’ schools so that they don’t have to interact with each other because of the decisions their parents made all those years ago.
The information about these Industrial Generators wasn’t as available back then as it is now and some people used to think it was a good idea, myself included, what could be better than availing of a natural resource but there’s nothing natural about these huge monstrosities on our landscape. They’re noisy, they’re killing off wild birds in their thousands, they’re causing low-land flooding with all the cement used in the upland hills, tearing through the land, removing the wild vegetation and forestry that used to soak up the rain.
My ESB bills have doubled in the last 10 years, and now companies see the subsidies drying up so they’re pawning them off as some sort of community advantage.
These people will stop at nothing to make money and they care not one bit for the communities who are left to try to live with the consequences of their actions.
The Copper Coast is one of the most outstanding areas of natural beauty in the South East of Ireland and is only becoming recognised by our tourists. I understand people in the area need to make a living and are inclined to take advantage of every opportunity but this isn’t an opportunity for local people, this is another scam from big business.
People need to be more aware of the consequences.”

4 Responses to The Public Meeting in Rainbow Hall