Just another brick in the wall -important decision on substituted consent 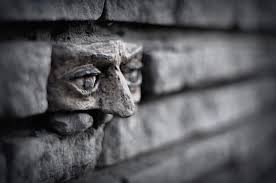 Section 50 of the Planning and Development Act of 2000 (PDA2000) gives you a time limit of eight weeks in which to challenge the validity of any act done by a planning authority. This usually involves challenging the validity of a planning permission granted by a Council, which then goes to An Bord Pleanala (ABP). However, because the Act says any decision of a planning authority, it also includes decisions taken by An Bord Pleanala in the first instance (when the application goes directly to ABP, without going to a Council first), which must also be challenged within that time.

This would include decisions relating to substitute consent (see previous blog). You might remember that this can involve a two-step procedure where a Council can order an applicant for retention permission to apply to ABP for substituted consent because a remedial EIS is needed. ABP will then need to decide whether “exceptional circumstances” exist which would justify allowing the developer to submit a late planning application and/or an EIS.

A sneaky way of avoiding being caught out by these strict time limits is by what is known as making a “collateral attack”. Put simply, because you are out of time to challenge the original decision made by the planning authority, you challenge the consequences of that decision instead.

This is what was alleged in the very interesting case of Peter Sweetman v. An Bord Pleanala and others which was recently heard by the Court of Appeal.

To briefly summarise what happened before it landed up in the Court of Appeal:

The Donegal County Council instructed a quarry to apply for substitute consent as it was operating its business (with planning permission) despite the fact that it had not submitted an EIS. The Council had decided during June 2012 that the quarry needed to make an application for substituted consent. ABP granted the quarry substituted consent in November 2014. Mr Sweetman challenged the decision of ABP (in good time) to grant substituted consent on the grounds that ABP did not have enough information before it to find that there were exceptional circumstances, nor had ABP considered whether EU law would be circumvented by the granting of substitute consent. Alternatively, Mr Sweetman argued, if Irish law said that the ABP did not have to do these things, then Irish law was in contravention of the EU Directive. This is why the Attorney-General stepped in, to defend the Irish law, in this case the PDA2000 (and the 2010 Amendment).

The ABP and the Attorney-General challenged Mr Sweetman’s application for judicial review, arguing that he should have challenged the decision of Donegal County Council in 2012 to allow the quarry to apply for substituted consent, but he had failed to do so and was therefore out of time and should be disqualified from challenging it now. Therefore the Attorney-General argued that Mr Sweetman’s application for a review of the ABP decision was in effect a collateral attack on the decision of the Donegal County Council more than two years before.

Mr Sweetman disputed this by saying that the Council was just performing a box-ticking exercise by instructing the quarry to apply to ABP, and there was nothing of substance to challenge, which is why he did not bother to do so, The real decision was made by ABP in June 2014, and it was this decision that he was challenging.

The High Court agreed with Mr Sweetman. Judge Hedigan found that the application for judicial review was not a collateral attack on the decision of Donegal County Council (of June 2012).  It was, he found, a direct challenge to the decision of ABP of 4 November 2014 in which it granted substitute consent to the quarry.  The judge held that ABP was the body which grants or withholds substituted consent.  He  found that the role of Donegal County Council was in effect, a box ticking role, namely its obligation was to identify, having regard  to  specific criteria,  quarries  which were  required to apply to An Bord Pleanala for substitute consent.  The decision to grant or refuse   substitute consent and the procedures adopted by the ABP in reaching that determination, were part of the decision process of An Bord Pleanala. It was not a process directed in any way by Donegal County Council.

“Thus, in my judgment, the applicant’s case is properly first against An Bord Pleanala and in the alternative against the State. It is not a collateral attack on the decision of Donegal County Council and so the issue of delay does not arise.  The relief sought in the motion will be refused.”

ABP and the Attorney-General appealed the decision of Judge Hedigan in the High Court to the Court of Appeal. Although their arguments were spiced up a bit, they were essentially arguing the same thing as before: that Mr Sweetman was out of time to challenge the decision of Donegal County Council, and he was in effect challenging that decision by seemingly challenging the decision of ABP (i.e. a collateral attack).

The Court of Appeal completely agreed with the decision of the High Court and sent the APB and the Attorney-General packing:

“In this case, and at the risk of being repetitive, the Donegal County Council decision of June 2012 is not being challenged. Mr. Sweetman’s case is much more straightforward. Primarily, it seeks to challenge the November 2014 decision of An Bord Pleanala, and the basis on which An Bord Pleanala made that decision. It does so, on a number of grounds, and these are articulated in some detail in the respondent’s statement of grounds. It appears that the main opposition to the decision of An Bord Pleanala, is that it failed to cany out an adequate EIA, and that an EIA could not lawfully have been carried out by it on the basis of infmmation at its disposal.

Specifically, in relation to s. 261(A) and/or part (XA) of the PDA 2000 (as amended) it is contended (in the alternative to the challenge to the An Bord Pleanala decision) that they are deficient, and contrary to European Law if their effect is to provide ultimately for the granting of substituted consent without mandating an enquiry into the existence of special circumstances, or the circumvention of Community Law. The relief sought will only come into play in the event that An Bord Pleanala successfully defends Mr. Sweetman’s challenge to grant substitute consent on the basis that the legislative provisions governing the direction to the Notice Party to apply to An Bord Pleanala are deficient and contravene European Law. That is quite different to claiming that the decision of Donegal County Council was defective to the extent that it was made in contravention to the provisions of s. 26l(A) and/or part (XA) of the PDA 2000, as drafted  and passed  into law by the  legislature.

Mr. Sweetman’s position is distinctly explained in the final paragraph of the judgment of Hedigan J., when he states as follows:-

“lf Irish legislation does not require An Bord Pleanala to consider these issues then the applicant will argue that Irish law in not in accord with the EU law as cited above. ”

The learned High Court judge then went on to state that in his judgment Mr. Sweetman’s case is properly first against An  Bord Pleanala,  and in the alternative against  the State. In his view it was not a collateral attack on the June 2012 decision of Donegal County Council. No issue therefore arises in relation to the eight week (or any other) time limit.  Nor does any issue arise in relation to s. 50 of the PDA 2000 (as amended) concerning the necessity to obtain leave of the High Court in particular circumstances.

I agree with the judgment of Hedigan J., and his rationale for his decision.

I would therefore dismiss the appeal.”

The importance of this decision cannot be underestimated. Until now, ABP has never really applied its mind to what constituted “exceptional circumstances”, and the application for substituted consent was in effect as easy to achieve as it was to be granted retention permission. What this means is that ABP, if challenged in its grant of substituted consent, will need to show that it complied with the requirements of Section 177 of the PDA2000 and considered all of the facts and information that it should have considered in order to make its decision, and also did not take into account any information it should not have considered, in coming to its decision.

This will be important for the ABP to remember when it considers the application of Kilvinane Wind Farm (which was the topic of my previous blog) for substituted consent in its desperate attempt to avoid the order of the Court of Appeal to tear down its three wind turbines which were erected illegally. Whilst Kilvinane might have expected an easy ride based on the ABP’s treatment of these applications until now, the Court of Appeal has made it clear that the decision to grant substituted consent must be able to stand up to scrutiny.

Well done Peter Sweetman, this was an important victory.