Analysis of the Alex White interview 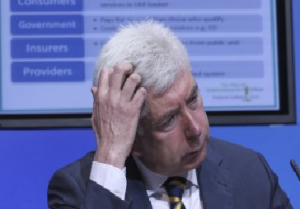 Attached is a summary analysis of the interview prepared by BW Energy consultant Malcolm Brown. I thought this would interest people as its actually based on facts.

1) Essentially Minster White’s argument is that onshore wind in Ireland has been the most effective source of renewable power generation and that it will continue to be so.

The first part of the statement is correct – for the initial 20% of total electricity generation, onshore wind has been the most cost effective form of Irish carbon abatement from a renewable source of generation.

The second part of the statement ‘Some are saying we should replace onshore wind with other technologies but they would be more expensive to the consumer’ is incorrect. This is because of the additional system costs required to accommodate so much variable wind power generation onto the Irish transmission system.

According to the transcript, clearly Minister White is somewhat confused as he quotes ‘€100 per KW hour’ for wind and then the same for biomass.

There are several problems with this:

a) He has confused kilowatt hours (kWh) with megawatt hours (MWh). This means that his cost of generation has been overstated by a factor of 1,000 as 1 MWh = 1,000 kWh.
.
b) He quotes the same apparent cost for both onshore wind and biomass but has claimed that wind is cheaper than other forms of renewable generation in Ireland going forward.
.
As you know, we (and the Irish Academy of Engineers) estimate that the next 20% of Irish power supply from onshore wind will cost €100/MWh (not kWh) as additional system costs caused by wind (transmission upgrade, inefficient use of gas turbines as back up and curtailment charges) will add €30/MWh to the direct REFIT wind tariff (aka subsidy) of €70/MWh. In other words, system costs will add over 40% to the headline onshore wind tariff.
.
The journalist picked up on the issue of increased back up costs from running gas fired turbines inefficiently but unfortunately has not made the connection between EirGrid’s €3.5 billion transmission upgrade and doubling the amount of onshore wind power on the system. This is likely to be a more significant and additional cost over and above annual back up costs (when the increased transmission cost is spread on an annual basis over the system life).
.
Our calculations suggest that renewable power could be generated from Moneypoint with imported biomass at €88/MWh compared to €100/MWh for more Irish onshore wind i.e. around 12% cheaper on a pure cost of renewable power production.
.
When you adjust for the fact that replacing coal at Moneypoint with biomass displaces coal fired generation whilst more wind power displaces gas fired generation and that coal has double the carbon intensity of gas, then the estimated cost of abating one tonne of Irish carbon from Moneypoint with biomass is around €60/tCO2 . This compares to a cost of carbon abatement of more Irish onshore wind of around €114/tCO2 .
.
So Minister White has made the mistake of assuming that the next 20% of Irish power supply from onshore wind will cost the same as the first 20% and appears to have his cost data out by a factor of 1,000 in that interview.
.
2) On the issue of the relationship between the amount of wind on the system and the level of carbon reduction delivered Minister White can quote figures that show a reduction in CO2 .
.
However, one should bear in mind that:
.
a) The figure one should look at is not the total emissions reduction but the trend in amount of CO2 emitted per unit of power produced year on year in the Irish power sector(g CO2/kWh) (this adjusts for different levels of output related to the economic cycle).
.
b) With the exception of 2012 vs 2011, the amount of CO2 produced per KWh (g CO2/kWh) (where more coal was burnt at Moneypoint at the expense of gas in the overall generation mix) has fallen year on year due to more onshore wind in the power generation mix.
.
c) The key point is that it could have fallen a lot further and faster if they were not burning as much coal at Moneypoint – essentially undermining overall efforts to decarbonise the Irish power sector and a self -defeating policy.
.
3) State owned land: Minister White stated that in addition to the White paper due for publication after the Paris climate negotiations that they will also be publishing an analysis of where new turbines could be put on state owned land away from housing etc.

Therefore from the transcript of the interview, the key points appear to be:
.
A) Minister White has made the mistake of assuming that the next 20% of Irish power supply from onshore wind will cost the same as the first 20% and appears to have his cost data out by a factor of 1,000 in that interview.
.
B) We need to work harder to get journalists to make the link between doubling onshore wind power and increased system costs above and beyond back up costs (specifically EirGrid’s €3.5 billion transmission upgrade plan). That is what makes converting Moneypoint to sustainable biomass a more attractive solution than yet more onshore wind to meet the EU 2020 renewable power target as well as reducing carbon emissions in the Irish power sector in the most cost effective manner.

Dr. White is a physicist and has over 35 years’ experience in the energy sector, working as an energy analyst for investment banks and as head of strategy for the British National Grid Group. He is actively involved in UK energy and power market policy participating in numerous UK Government advisory bodies.

This analysis of the interview demonstrates how clearly Alex White has no idea of the real issues and costs.