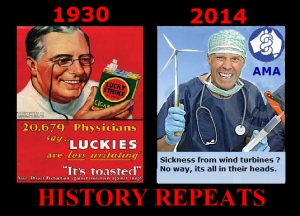 In a previous blog I spoke about the Portuguese Supreme Court ordering the removal of four turbines after the dramatic effect on a family’s health.

This is the lead researcher doing a well-explained presentation on the investigation that they conducted.

2 Responses to Low Frequency Noise – for Beginners (like me)