Massive expenditure of taxpayer’s money; devaluation of land; sickness and anguish caused to families and animals; a threat to the tourist industry, the bloodstock industry, and the food industry; rampant destruction of the environment, both visually and physically. And for what?

This is taken directly from “The Register”(27/07/2015): http://www.theregister.co.uk/2015/07/27/colossal_expensive_windfarms_produce_whopping_one_percent_of_eu_energy/

“Hurrah! Windfarms produce whopping ONE PER CENT of EU energy

Solar’s even worse. No matter how you slice it, it ain’t working 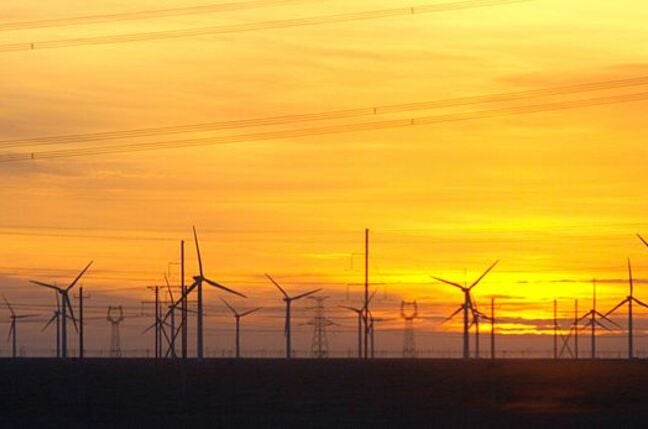 The colossal, hugely expensive windfarms that are spread across huge areas of Europe’s land and sea, which are projected to drive up household energy bills by more than 50 per cent in coming years, have achieved … almost nothing in terms of reducing EU carbon emissions.

We here on the Reg energy desk only noticed this particularly this week because of a chirpy press release that flitted past us just the other day, claiming that “wind energy provides 8 per cent of Europe’s electricity.”

Hey, we thought, that sounds almost like it’s getting somewhere! So we looked into it. The eight per cent figure comes from the latest Wind Status Report (pdf) from the EU Joint Research Centre, and sure enough, it’s claimed therein that all those massive wind farms produced no less than 238 terawatt-hours of the 2,942 TWh of ‘leccy used in the EU nations last year.

That’s eight per cent, right enough – and that’d be a noticeable bite out of EU carbon emissions, maybe even one worth tying an energy-prices ball and chain round the ankles of the European economies.

Except it isn’t, of course. Like most developed economies, the EU nations use the great bulk of their energy in non-electric forms: we burn fuels to run transport, to provide heating and cooking and hot water, to power most of our industry. And this accounts for most of our energy use and carbon emissions.

By the most recent figures available, in fact, the EU is using around 1,666 million-tonnes-of-oil-equivalent of energy from all sources every year: that’s 20,710 TWh. Wind electricity makes up just over one measly percentage point of that. Solar? About half that again, for a total renewable-‘leccy contribution of around 1.5 per cent and a roughly corresponding CO2 reduction.

The large majority of the “renewable energy” figure claimed by the EU is produced by optimistic accounting on biomass and renewable-waste, much of which is dubiously renewable at best. Even the proper renewable ‘leccy figures are not to be relied on, particularly in southern Italy where the Mafia is well known to be heavily involved in the industry.

Actual renewables, despite their horrific expense, are not even scratching the surface of real-world modern civilisation’s energy requirements.

It really is getting clearer and clearer. Bill Gates is right: top Google engineers are right: global-warming high priest James Hansen is right: the UN IPCC is wrong. The renewable energy technologies of today simply cannot provide the power needed to keep the lights on, not at any cost.

Anybody who thinks that carbon emissions are a big threat to humanity – or alternatively, anybody who thinks that becoming ever more dependent on Russian gas and Middle Eastern oil is a bad idea, for instance – needs to get their head around this and move on. The current, cripplingly expensive schemes which crank up the price of energy and channel the resulting cash to windfarms and solar panels need to be scrapped – they will never achieve anything useful.

Perhaps the money saved could be spent on R&D instead, to find some new source of low-carbon energy. But in fact, such a source already exists; the problem is really one of public understanding, rather than a lack of low-carbon energy in the world. ®”

Neil van Dokkum (B. SocSc; LLB; LLM; PGC Con.Lit) Neil is a law lecturer and has been so since arriving in Ireland from South Africa in 2002. Prior to that Neil worked in a leading firm of solicitors from 1987-1992, before being admitted as an Advocate of the Supreme Court of South Africa (a barrister) in 1992. He published three books in South Africa on employment law and unfair dismissal, as well as being published in numerous national and international peer-reviewed journals. Neil currently specialises in employment law, medical negligence law, family law and child protection law. He dabbles in EU law (procurement and energy). Neil retired from full-time practice in 2002 to take up a lecturing post. He has published three books since then, “Nursing Law for Irish Students (2005); “Evidence” (2007); and “Nursing Law for Students in Ireland” (2011). His current interest is the area of disability as a politico-economic construct. Neil is very happily married to Fiona, and they have two sons, Rory and Ian.
View all posts by Neil van Dokkum →
This entry was posted in EirGrid; Insurance; Law; Cancer; EMF. Bookmark the permalink.