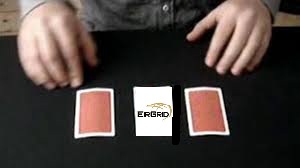 An environmental impact statement (EIS) should be carried out in such a way that it is a useful tool for decision-making on planning applications. It should accurately and fairly describe the positive and negative environmental effects of a proposed project, and it should list one or more alternative actions that may be chosen instead of the action described in the EIS, where the original action is deemed too harmful to the environment.

In other words, the true purpose of the EIS is to promote informed decision-making. Firstly, by the planning authority, whether that is a Council or An Bord Pleanala, who should have before them detailed information concerning significant environmental impacts. Secondly, but equally importantly, the EIS should also be available to the public, who have an interest in preserving the sanctity of the environment.

Another important function of the EIS is that it acts as an enforcement mechanism to ensure that state agencies adhere to the goals and policies outlined in the Development Plan of that particular County.

Finally, an EIS should use an interdisciplinary approach so that it accurately assesses both the physical and social impacts of the proposed development. This is often conveniently “forgotten” by applicants with the result that local residents might not be aware of the impact such a development will have on their lives until it is too late. This is particularly true of wind farm developers who are notoriously shy when it comes to describing the effects of flicker and noise on residents living more than a mile away, which devastating effects make a mockery of the existing clearance distances or “setback” as it is known (in the counties that have any at all).

Clearly an EIS is an extremely important component of any planning application and is essential to secure the underlying policy implications of our planning system, namely the protection of the environment and the communities inhabiting that environment.

The original EIA Directive (85/337/EEC) applied to a wide range of defined public and private projects. The EIA Directive of 1985 has been amended three times, in 1997, in 2003 and in 2009, with each amendment widening the scope of the Directive.

The Directive of 1997 widened the scope of the EIA Directive by increasing the types of projects covered, and the number of projects requiring mandatory environmental impact assessment (Annex I). It also provided for new screening arrangements, including new screening criteria (at Annex III) for Annex II projects, and established minimum information requirements. Directive 2003/35/EC sought to align the its provisions on public participation with those of the Aarhus Convention, making it clear that the EIS was an important part of the public consultation process. Directive 2009/31/EC amended the Annexes I and II of the EIA Directive, by adding projects related to the transport, capture and storage of carbon dioxide.

This Directive has three Annexures, I, II and III.

It is mandatory for an applicant to provide an EIS for all projects listed in Annexure I as these types of projects have a significant impact on the environment.

However, for projects listed in Annexure II, the national authorities are given the discretion to choose whether an EIS is needed. This is done by the “screening procedure”, where the national authorities must take into account the criteria laid down in Annex III. In this regard, Article 4(2) of the Directive says that for projects listed in Annex II, Member States shall determine whether the project shall be made subject to an EIS through either a case-by-case examination; or according to thresholds or criteria set by the Member State.

“Construction of overhead electrical power lines with a voltage of 220 kilovolts or more and a length of more than 15 kilometres”.

The word “and” in that sentence means that only lines of more than 220kV which are also longer than 15 kilometres will be subject to an EIS. Therefore on this criterion it could be argued that even a 400 kV line of 10km is not subject to an EIS.

Annex II (discretionary EIS) includes the ‘Transmission of electrical energy by overhead cables (projects not included in Annex I), which means that the State will decide whether an EIS is needed for power lines less than 220kV and less than 15km in length.

The Irish Planning Regulations and Grid 25

What does this mean for Grid 25 which has high power lines (220 or 400 kV), but also uses lesser lines (either shorter than 15km and/or less than 220kV) to connect the multitude of wind farms to the national grid?

The Grid 25 element is the high voltage system, where high voltage is normally 400 kV, 220 kV and 110 kV. The 110kV lines will not automatically require an EIS. In addition, while Grid 25 has nearly 1000 km of 400 and 220 kV lines (assuming that it cannot break these up into sections that are less than 15km), there is more than 5000 km of new medium voltage lines used to connect all these new wind farms to the high voltage grid. These range from 10 kV to 38 kV and are usually carried on a wooden structure of two vertical poles with one horizontal pole on the top or alternatively ‘small’ steel pylons. These are not covered by Annexure 1 and therefore there is no mandatory requirement for an EIS.

But hang on, you say. Annexure 1 does not cover them, but it is still possible for the Irish Government to cover that 5000 km of power lines under Annexure 2, thereby making it compulsory to have an EIS accompanying your planning application.

And here comes the swindle:
In the threshold set in the Irish Environmental Impact Assessment Regulations (part 2 of schedule 5), for Annex II projects, the Irish criterion is as follows:

“(b) Industrial installations for carrying gas, steam and hot water with a potential heat output of 300 megawatts or more, or transmission of electrical energy by overhead cables not included in Part 1 of this Schedule, where the voltage would be 200 kilovolts or more.”

That means that the 5000km of ‘lesser’ lines (even if you took it as one long line) connecting all those wind farms do not have to have an EIS in terms of Irish statutory law.

The Department of the Environment’s website on Environmental Impact Assessment says:

“In the case of development which is under the relevant EIA threshold, planning authorities are required under article 103 of the 2001 Regulations to request an EIS where it considers that the proposed development is likely to have significant environmental effects. The decision as to whether a development is likely to have significant effects on the environment must be taken with reference to the criteria set out in Schedule 7 of the Planning and Development Regulations 2001. In order to assist planning and other consent authorities in deciding if significant effects on the environment are likely to arise in the case of development below the national mandatory EIA thresholds, the Minister for the Environment, Heritage and Local Government published a Guidance document in August 2003.”

This ‘guidance’, kindly provided by the Minister, says:

“3.4 In the light of the approach adopted by Ireland (i) in setting mandatory thresholds for each of the Annex II project classes and (ii) in setting these thresholds at substantially lower levels than comparable Annex I thresholds in the Directive, the need for sub-threshold EIA should be fairly limited in Ireland.”

I’m sorry, Minister, but in what universe is 200kV “substantially lower” than 220kV?

In the UK, they developed a separate environmental impact assessment regulation for electricity systems and set quite comprehensive thresholds for Annex II projects. Namely 132 kV lines require an assessment as do lower voltage electric lines installed above ground in a sensitive area, as defined in nine points.
http://www.legislation.gov.uk/uksi/2000/1927/schedule/2/made

In Austria, the threshold is even lower for Annexure 2 projects requiring an EIS, namely 110 KV and 20 km in length in areas deemed requiring protection; whilst in Germany it is 5 km and 110 kV.

In essence, the Irish government is doing all in its power to keep grid developments necessitated by wind farms out of the statutory EIS process.

How can this be stopped?

Well, this is where the enlightened judgment of Peart J. in Pol O’Grianna and others vs An Bord Pleanala and Cork County Council becomes hugely significant.

.
When one takes a step back and looks at the big picture (which Eirgrid and the wind companies are desperately trying to hide from us) you realise that all the wind farms in the South of Ireland are intrinsically linked to Gridlink. Whether those wind farms are connected to the national grid by lines of 10kV, 38kV, 110kV, 220kV or 400kV does not matter. Adopting the reasoning of Peart J. in the High Court, it is clear that as those connections are fundamental to the entire project, the cumulative effect of the entire project must be assessed by an EIS, as it clearly falls under Annexure 1, being well in excess of 15 km, with lines of 220kV or more in many areas.

The same would apply to the Grid West project and all the wind farms hoping to connect to that project.

If you really want to take this reasoning to its logical conclusion, it means that no wind farm should be granted planning permission until Grid 25 is complete, as before that it is impossible for an EIS to assess the cumulative effect of the entire project, which means that the Planning Authority cannot make an informed decision.

There are planning applications from wind farms awaiting decision with plans to connect to both the Grid West and the GridLink projects. On the authority of the Peart J. Judgment, no more planning applications should be approved until, and only when, the respective Grid West / GridLink projects are completed. When the Grid West and GridLink projects respectively apply for planning permission, EirGrid must submit an EIS which assesses the cumulative impact of the entire project on the environment, including those wind farms already connected to the grid (you got lucky boys) and the wind farms still waiting for connection/planning permission.

Again, if you took this reasoning to its logical conclusion, as these projects are all connected to the national grid, no planning applications for wind farms, or Grid West if it applies before Grid Link or vice-versa, should be approved until both projects are completed and a national EIS covering the cumulative impact of both projects is submitted.

It could also be argued that wind farms with planning approval would need to make a fresh application for planning permission with regards to their proposed link-up to the grid, and because the cumulative impact of the project is covered by Annexure 1, an EIS for the entire project would be mandatory. If a Council or the ABP granted permission without one, they would be acting ultra vires.

Now that should be fun.

11 Responses to The Great EIS Swindle