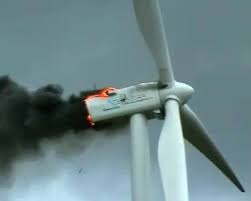 The relationship between the ESB and EirGrid has always been fraught. This is understandable as they are chasing the same prize – the Irish electricity market.

In March 2007, when Bertie Ahern launched the White Paper on ‘Delivering a Sustainable Energy Future for Ireland’, the six unions representing ESB workers unanimously adopted a resolution that the proposals contained in the White Paper would be resisted by staff “by whatever action they deemed necessary”.

The transfer of the electricity transmission grid from the ESB to EirGrid was the key initiative contained in the White Paper. Minister Noel Dempsey of Fianna Fail claimed that it would create a more attractive investment climate, deliver increased competition, reduce the cost of electricity and offer greater choice for consumers. That mantra was eagerly taken up by the present Fine Gael government when they came into power.

At the time of the White Paper launch in 2007, Davy Naughton of the TEEU said that decision flew in the face of a green paper launched by Minister Dempsey in October 2006, in which he said he wished the ESB to remain a strong and viable company.

“It was the government decision that there would not be any fragmentation of the ESB, that such fragmentation would not reduce costs, but would, he believed, increase costs and threaten supply. He is proposing to move a billion euros worth of assets from the ESB into another state company. There is no financial logic to it, no benefit to the customer and it potentially threatens security of supply.
The Minister was asked what the savings would be and he was not able to say what the savings would be. EirGrid was asked what the savings would be if he was managing the assets. They stated that they would be €1 million a year.
Allowing for that, every customer in the country attached to the network would save 78 cents in the entire year.
It cannot be implemented without the staff of the company anyway, irrespective of what the Minister thinks. The action we can take can be anything from not cooperating with whatever they want to do to the ultimate extreme if that is what the government wants to push it to.”

There is no indication that the ESB workers have since changed their stance, which if anything must have hardened when, in its September 2010 submission to the Review Group on State Assetts and Liabilities, EirGrid had the following to say:

“With the roll-out of the €4 billion Grid25 programme it is imperative that the anomaly of split accountability for transmission is resolved and end-to-end responsibility for transmission is vested in EirGrid. The current model, where EirGrid is the system operator and ESB is the asset owner is inefficient and results in no one body ultimately responsible for costs or delivery timetables. Government and European policy and international best practice is to have a single body accountable for transmission, to be established by the transfer of transmission assets from ESB to EirGrid. This will deliver savings of €80-85 million per year. Further the EU Commission found that countries with a single transmission company had lower prices by between 9% and 23%.”

No self-respecting ESB employees’ union will take this kind of talk lying down, and may well come back with the argument that EirGrid is surplus to requirements and that it is the ESB, with its long and established history, that should be the only transmission company in the country. For example, the MoneyPoint power station is currently a cash-cow for the ESB, with the price of American coal so low that they can operate MoneyPoint at full capacity and produce electricity at a very attractive retail price, whereas the price of wind-generated electricity is continuously being driven up by the increasing subsidies paid to the renewables sector. The ESB clearly wants to keep MoneyPoint running for as long as possible, and any suggestion of mothballing it will be fiercely resisted, largely on the grounds that wind energy is inconsistent, unreliable and dangerously destabilises the grid with its erratic output; thus necessitating constant backup by ‘traditional’ power stations.

However, the Grid25 programme, with its predilection towards wind energy as the primary renewable source, aims to ultimately render MoneyPoint redundant.

In addition, were the price of American coal to increase again, or if political pressure forced the end of coal-burning, the ESB could convert MoneyPoint to biomass boilers as has been done by the huge Drax power station in England. The continued use of MoneyPoint by the ESB would effectively make the Grid25 programme obsolete, and EirGrid with it.

The two electricity giants in this county are set on an inevitable collision course as their respective interests are diametrically opposed.

Minister Pat Rabbitte attempted to paper over the increasing rift between the ESB and EirGrid when he announced on 3 April 2014 a €1 billion capital investment programme for ESB for 2014. However, this must have seemed small potatoes to the ESB when compared to the €4 billion start-up budget EirGrid received for Grid25.

Hostility from ESB might have serious practical and legal implications for EirGrid. The current lengthy delays being experienced on the North-South Project, whilst clearly a result of EirGrid’s incompetence, might also be attributable to the ESB dragging its feet. The same is likely to happen on the GridWest and GridLink Projects, costing the already embattled taxpayer further billions.

From a legal perspective, EirGrid is also in a precarious position. The European Communities (Internal Market in Electricity) Regulations 2000 (S.I. No. 445/2000) provided for a transfer of certain functions and powers from the ESB to EirGrid. However this transfer of powers to EirGrid was limited to the extent that it needs those functions and powers to carry out its statutory function as Transmission System Operator, whilst the ESB remains the Transmission System Owner.

In other words, EirGrid are only allowed to use as much of the ESB’s powers and duties as are necessary to carry out their particular statutory function, namely the transmission of electricity. Similarly, the default position is that the specific function will be performed by either the ESB or EirGrid at any given moment.

The conclusion to Regulation 8(2) seems to provide an exception to this default rule. It might be interpreted to envisage a situation where it is necessary for both the ESB and EirGrid to exercise the same function simultaneously. However, it is difficult to see how this could happen. EirGrid’s function of transmission system operator is dependent on the ESB completing its functions first and thereafter handing over operational control of the transmission network, save for continuing maintenance. In other words, the respective functions of the two bodies, although sometimes shared, must not be shared simultaneously but rather should be shared consecutively. The completion of the ESB’s functions (bar subsequent maintenance) is, in essence, the legal prerequisite for the lawful exercise of EirGrid’s functions.

This interpretation is consistent with the stated objectives of the Directive that this Regulation purports to transpose – the avoidance of duplication of function and consequent cost.

What this means in practice is that if the ESB is reluctant to hand over operational control of any of the new as yet uncompleted networks, it means that EirGrid effectively has no statutory functions or powers in relation to that unfinished project. Given the current fraught relationship between the ESB and EirGrid, this is a very likely scenario, as evidenced by the North-South Project, and likely to be repeated on all the other Grid25 projects.

If the current government, and indeed any future government, attempts to expedite the Grid25 project by further increasing the functions and powers of EirGrid whilst simultaneously stripping the ESB of its current functions and powers, they will face a double backlash. Firstly, they will face the wrath of the ESB unions which have the power and influence to literally shut this country down, and secondly, they will face the wrath of the Irish electorate, primarily from those loyal to the ESB and its established history in this country, and also from those voters directly opposed to the environmental blight that is Grid25.

An increasing proportion of the Irish public is realising that the wind energy policy is an unmitigated disaster. Couple this with the fact that a lot of aging wind turbines will need to be decommissioned and that after the fabulous summer weather, with little wind, the miserably low wind energy output for this year will likely be even lower than last year’s miserable output. This, despite more wind farms being built and Ireland’s CO2 emissions continuing to rise. It is difficult to see how a program can survive if you keep adding capacity and get very little increase in output. Wind farms are set to become very unsightly white elephants. Huge ugly rusty monuments to a ludicrous policy.

Any politician should consider these factors very carefully given the impending general elections.

Fianna Fail is a party in trouble. It seems to be rudderless with a weak and ineffective leadership. Its policies are a watered-down version of the policies of the current Fine Gael government. It needs new and decisive leadership, willing to make new and decisive policy. Imagine the symbolic value of the FF binning the NREAP – the energy policy created on their watch. Imagine if they had a new policy that advocates:

• The winding-up of EirGrid with its assets returned to its proper home, the ESB.
• The ESB returning to its proper place as the premier electricity provider in this country, saving the taxpayer millions by avoiding the current duplication of tasks between it and EirGrid.
. A scrapping of the NREAP (if Pat Swords doesn’t get there first)
• A scrapping of the Grid25 project.
• A scrapping of the wind-farm subsidy system.
• Using the money saved in wind subsidies to further explore the use of biomass and other energy-saving schemes, like retrofitting and solar energy.
• The eventual conversion of the prime ESB asset, MoneyPoint, to biomass boilers, thereby achieving our EU renewable target in one sweep, and dramatically reducing our CO2 emissions, which the current proliferation of wind farms is increasing, not decreasing.

.
If Fianna Fail grew a pair and implemented this sort of energy policy, I might even vote for them.

Neil van Dokkum (B. SocSc; LLB; LLM; PGC Con.Lit) Neil is a law lecturer and has been so since arriving in Ireland from South Africa in 2002. Prior to that Neil worked in a leading firm of solicitors from 1987-1992, before being admitted as an Advocate of the Supreme Court of South Africa (a barrister) in 1992. He published three books in South Africa on employment law and unfair dismissal, as well as being published in numerous national and international peer-reviewed journals. Neil currently specialises in employment law, medical negligence law, family law and child protection law. He dabbles in EU law (procurement and energy). Neil retired from practice in 2002 to take up a full-time lecturing post. He has published three books since then, “Nursing Law for Irish Students (2005); “Evidence” (2007); and “Nursing Law for Students in Ireland” (2011). His current interest is the area of disability as a politico-economic construct. Neil is very happily married to Fiona, and they have two sons, Rory and Ian.
View all posts by Neil van Dokkum →
This entry was posted in Uncategorized. Bookmark the permalink.

9 Responses to ESB versus EirGrid